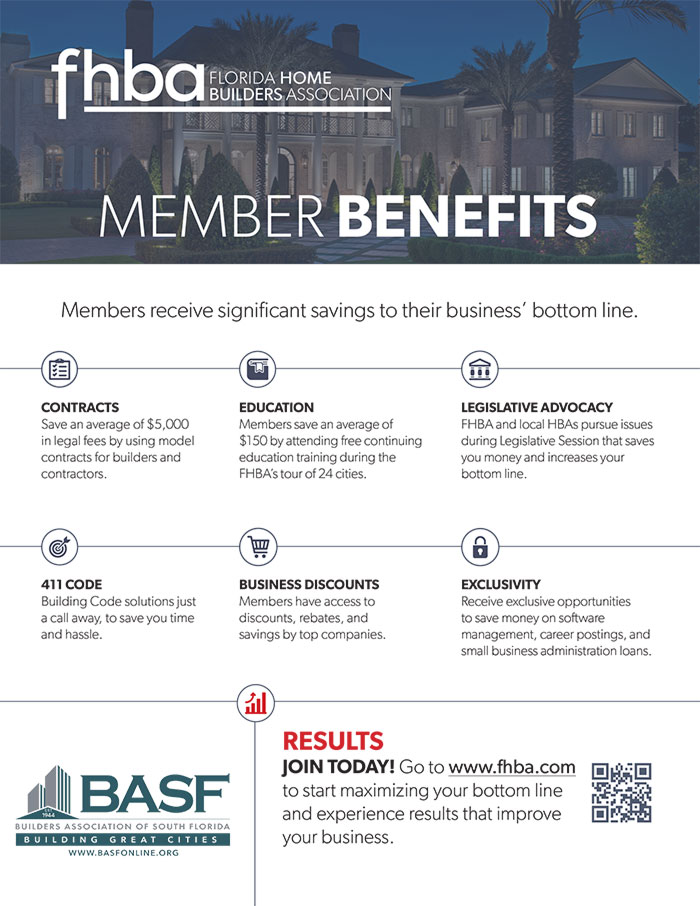 The House today approved a Senate-passed Congressional Review Act resolution (S. J. Res. 22) that would rescind the ill-advised “waters of the United States” (WOTUS) rule issued by the Environmental Protection Agency and U.S. Army Corps of Engineers. The White House has threatened to veto the measure.

The rule went into effect on Aug. 28, but the U.S. Court of Appeals for the Sixth Circuit enacted a nationwide stay on Oct. 9.

“By dramatically extending the areas in which home builders are required to get permits, the rule will lead to bureaucratic delays, increase project costs and mitigation fees, and harm housing affordability. Two courts have already ruled that there is a high likelihood that the rule is illegal and have temporarily stopped its implementation. These court decisions highlight the fact that there are serious problems with the rule and that EPA and the Corps should scrap it and go back to the drawing board.

“NAHB urges President Obama to allow this resolution to take effect by signing it when it reaches his desk.”

NAHB Remodelers Chairman Robert Criner met with White House officials Monday to, again, plead the industry’s case for a simplified re-certification process for NAHB members who do work in homes with lead paint.
An estimated 380,000 remodelers and others who must re-up their Lead-Safe Certifications from the Environmental Protection Agency to comply with its Lead: Renovation, Repair and Painting (LRRP) rule are staring at some important deadlines.
March 31, 2016, marks the end of an unprecedented extension granted last year for some remodelers. It’s the deadline by which those remodelers and other contractors who received their EPA Lead-Safe Certified Renovator certifications on or before March 31, 2010, must complete a refresher training course to maintain their status.

Two key building code provisions were about to be implemented  – to industry’s detriment. BASF and FHBA, our state association in Tallahassee, and key builder members, worked hard to obtain a much needed one-year delay in two important code provisions:

These two Building Code provisions have been DELAYED FOR ONE YEAR so that we can:

In an important decision today, the Florida Supreme Court decided is that 8 of the 27 congressional districtsmust be redrawn for violating the Fair Districts requirements in place now. The reality is, more than 8 districts will be affected because once district boundary lines are shuffed around – and changes cascade throughout the state. The eight districts affected are:  Corrine Brown; Kathy Castor; Ted Deutch; Lois Frankel; David Jolly; Carlos Curbelo; Mario Diaz-Balart; and Ileana Ros-Lehtinen. The biggest effects will be felt north of I-4 in Orlando because Corrine Brown has that snaking district that goes from Jacksonville to Orlando.  My guess is, a more compact district will be formed around Jacksonville and the folks in Orlando will divide up her old areas.  But we will have to wait and see was the legislature comes up with. Read more: http://www.politico.com/story/2015/07/florida-redraw-congressional-map-court-order-119901.html#ixzz3fQ12zmfL

Join us for SEBC 2015  On  July 16-18, 2015 in Orlando for the largest regional building industry trade show in the Southeast! Our rockin’ new format will include Residential and Commercial Construction Educational Sessions, two days of the Expo Hall and several fun-filled social events. This is your opportunity to make personal connections with leading industry professionals by meeting face-to-face with manufacturers and suppliers showcasing an impressive array of innovative products. Register today at: www.SEBCshow.com.

Filed in Capitol Hill, Codes and Regulations, Land Development by NAHB Now on May 19, 2015 • 0 Comments

NAHB today urged the Senate to pass pending legislation that would require the Environmental Protection Agency to go back to the drawing board and withdraw its proposed “waters of the United States” rule that would needlessly raise housing costs, trample states’ rights and add more regulatory burdens to small businesses.

Testifying before the Senate Small Business and Entrepreneurship Committee, Randy Noel, third vice chairman of NAHB and a home builder from LaPlace, La., told lawmakers that home building is one of the most regulated activities in this country.

“As a small business owner, I can tell you from 30 years of home building experience what it will take to make this regulatory rule successful,” he said. “It needs to be consistent. It needs to be predictable. And it needs to be timely. Most importantly, it needs to focus on protecting true aquatic resources. The proposed rule provides none of that.”

For years, landowners and regulators alike have been frustrated with uncertainty regarding the scope of federal jurisdiction under the Clean Water Act. When the EPA and U.S. Army Corps of Engineers proposed this rule, it was supposed to provide clarity and certainty.

Unfortunately, the proposed rule falls far short of that goal. Instead of clarity, it provides broader definitions of existing regulatory categories, such as tributaries. It also seeks to regulate additional areas that are not currently federally regulated, such as adjacent non-wetlands, floodplains and other waters.

“This rule is so extreme that the federal government would actually regulate roadside ditches or isolated streams that may flow only after a heavy rainfall,” said Noel.

The vague definitions would trigger additional expensive and time-consuming permitting and regulatory requirements for home building and other industries that would harm job and economic growth and increase housing costs, he added.

“I have been forced to walk away from building projects due to excessive permitting and mitigation costs,” said Noel. “The only winners with the proposed rule would be lawyers, because this rule would certainly lead to more litigation.”

Moreover, the federal agencies failed to consult with state and local governments before unveiling the proposal last year, as required by law. EPA and the Corps also never assessed how the proposed rule would impact small businesses, as mandated by the Regulatory Flexibility Act, and failed to provide an accurate and statistically valid cost-benefit analysis to accompany the plan.

Last week, the House passed H.R. 1732, the Regulatory Integrity Protection Act. The bill would force the agencies to withdraw this rule, go back and consult with state and local governments, conduct meaningful discussions with small business stakeholders, and produce an accurate cost-benefit analysis. The agencies could then re-propose an updated rule.

“NAHB strongly urges the Senate to act quickly to prevent the agencies from finalizing this flawed rule,” said Noel. “Enacting the Senate bill will provide the clarity we all need on what constitutes a water of the United States

Filed in Codes and Regulations, Land Development by NAHB Now on May 18, 2015 • 0 Comments

NAHB members and staff met with officials from the White House Office of Management and Budget last week to repeat their concerns about the soon-to-be-finalized redefinition of “waters of the U.S.” under the Clean Water Act.

NAHB’s discussion focused on two very different areas: the arid Southwest and the coastal Southeast, both places where the potential impact of this rule on the home building industry is difficult to overstate.

In the Southwest, explained NAHB member Rob Anderson, a partner with the law firm Fennemore Craig in Phoenix, ephemeral streams — waterways that only appear after a rainstorm — comprise a vast majority of the stream network.

The Army Corps of Engineers has historically taken the position that these small, typically dry land features are generally not jurisdictional under the Clean Water Act, and thus do not require a federal permit before any land development or construction begins. However, a new, more expansive “tributary” definition would make these dry desert washes automatically jurisdictional.

The sheer number of costly permits would bring Southwest economies to a crawl with little environmental benefit, Anderson told officials. “Some of these features only flow once every 10 to 15 years and yet would meet the new definition of ‘tributary.’ It was not the intent of Congress to regulate every drop of water that happens to flow across the landscape. The ‘tributary’ definition must be limited to more continuously flowing waters,” he said

Tallahassee Session-Week 6 -What Happened-and What Didnt 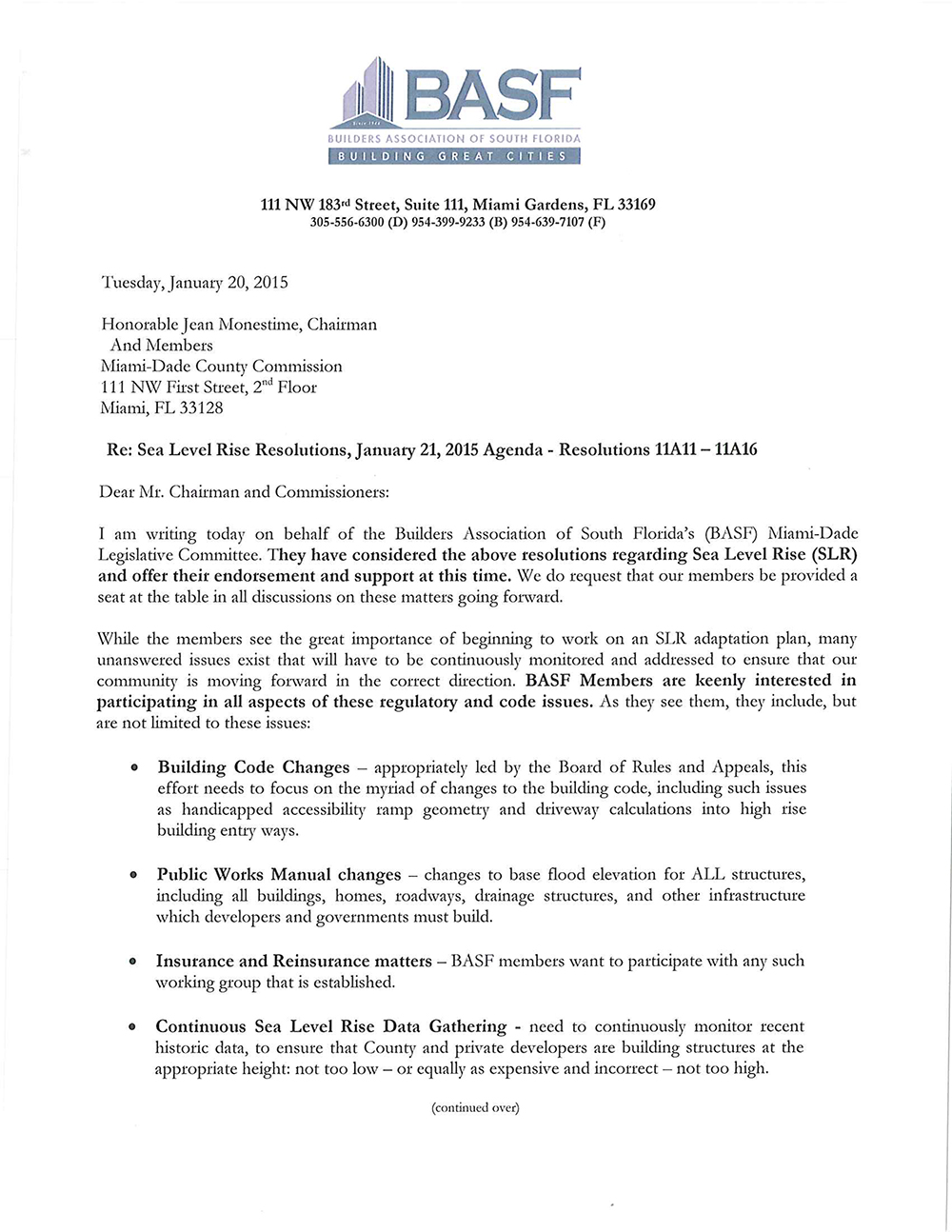