(MIAMI, July 14, 2015) – Mayor Carlos A. Gimenez, Associated Builders & Contractors and Builders Association of South Florida invite you to join them to discuss how to best engage private industry in addressing workforce development and unemployment in Miami-Dade County at the Employ Miami-Dade Forum Wednesday, July 15 at 8:30 a.m., at the Miami Dade College North Campus, 11380 NW 27 Avenue, in Miami. 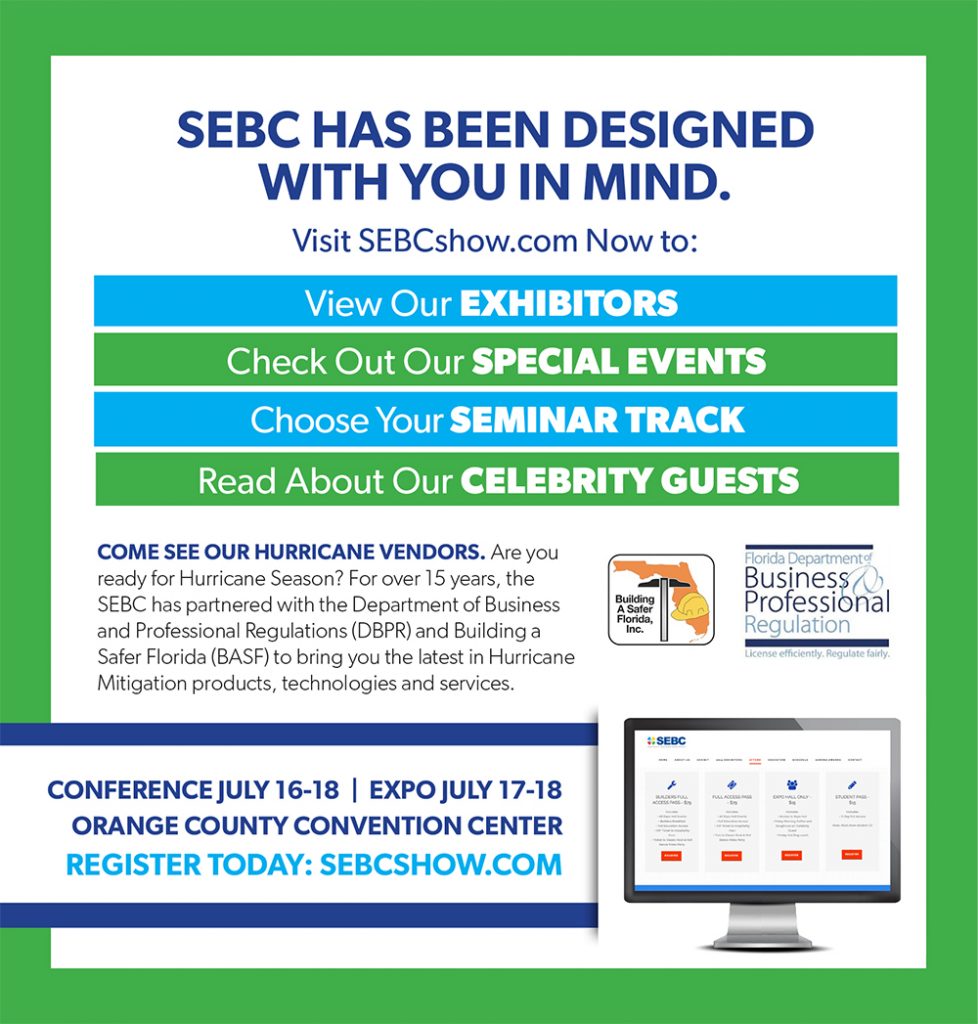 At their March 12 Quarterly Luncheon, the BASF Trustees will hear from two Members of Congress from the South Florida delegation regarding the possible FAA height limitations on downtown high-rise buildings. Congresswoman Frederica Wilson (D-24) and Congressman Carlos Curbelo (R-26) will be two of the four panelists to discuss this important development issue before the Trustees, a select group of builders and developers from Miami to Fort Lauderdale. For reservations, contact susanburns@basfonline.org or call BASF offices.

For the past three years, BASF members sought and obtained a deferral of any impact fee increases from the Miami-Dade County Commission. BASF Members discussed seeking a fourth deferral at several meetings, including one with County staff, to evaluate the likelihood of obtaining a fourth extension.

In the final analysis, the likelihood of such a deferral, in a time of a modestly rising market, possibly deferring roadway projects related to pending developments, seemed unlikely. The increase is part of the County’s previously negotiated ordinance, a County roadway fees will increase on April 22, 2014. While no one supports this 23% hike, it only affects roadway impact fees. See chart below.

To avoid paying the higher fees, members are urged to obtain their building permits and paying their fees by April 21, 2014. If plans have been filed, but no permit has been issued, some members can consider pre-payment of current rate fees, prior to April 22. As always, seek out all exemptions from the fees, depending on the type and location of the project. Examples of roadway impact fees as of October 1, 2010, April 1, 2014 and April 22, 2014 are represented on the attached chart on the following page.

In their meeting with County staff, BASF members raised several longer-term concerns which could see some fee reductions or administrative improvements. These will be considered at Monthly County – BASF meetings on this issue. All members are welcome.

Background: Miami-Dade County adopted a schedule to increase road impact fees in phases commencing in 2009. The phases were expressed as a discount from the eventual full impact fee rate to be implemented over five years. However, during the recent economic downtown, BASF sought – and got – County Commission approval, deferring the impact fee step increases for three years in a row.

Small Businesses get break in draft Roadway Impact Fee Deferral Ordinance – targeted for small businesses – Commissioners Diaz and Edmonson have introduced a proposal which permit small businesses to defer 50% of their impact fees for a period of three years. The ordinance would permit a deferral of up to a maximum of $25,000 in roadway fees, per business. Fifty percent or $12,500 of that amount can be deferred, with a voluntary tax lien being executed by the owner. The lien would have to be paid off in three years. The ordinance sunsets after three years. The purpose is to promote economic development of smaller businesses, so qualifying BASF members are encouraged to take advantage of this proposal.  While residential, recreational or institutaionl uses are NOT qualified for the deferral other small businesses, including BASF associate members’ businesses, could qualify.

Revisions to Proposed Non-conforming Use Ordinance Adopted at Public Hearing – This important set of legal changes to the County’s outdated existing language will prove important over the next five years, as infill development becomes an increasingly important part of BASF developer members’ program. BASF’s Miami-Dade Legislative Committee established a working group for this purpose, which prepared comments to the ordinance. Given the in-depth nature of BASF’s recommendations, a substitute ordinance was prepared and unanimously approved by the Land Use and Development committee at the April 10 public hearing. It goes to the full County commission for second reading/ adoption in May 2014.

County Commission adopts WASD-EPA Consent Decree- Must Improve Aging Infrastructure – At their March meeting, the County Commission adopted the Federal Court’s Consent Decree. The settlement agreement, between the county’s Water and Sewer Department and the Environmental Protection Agency (EPA), requires the county to make critically needed improvements to its aging sewer lines, or face Federal fines, sanctions and moratoria on future development, if improvement and repair deadlines are not met.

Once WASD has finalized this program, BASF will schedule a presentation about the program.  If it is similar to the previous PSIP, developers and WASD would work together to prioritize improvements to pump stations near a proposed development, if it is at or near moratorium. Given the fragile nature of the economic recovery, BASF Members think this approach this only reasonable way to proceed.

Since 1944, BASF has represented South Florida’s building industry by maintaining high standards in building through service to our membership and the general public.

BASF members are dedicated to fulfilling “The American Dream” of affordable home ownership for all.

Nothing in this document can be reproduced in any manner whatsoever, in whole or in part, without the express permission of BASF and the author. Reprints are permitted with permission only.