While Q1 GDP growth was 2.5%, it will probably be the best performing quarter of the year. Add to 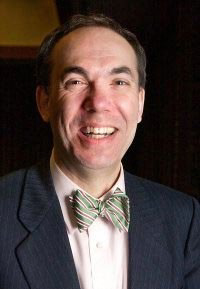 that continued contractionary fiscal policy in the form of both the sequester and the Fiscal Cliff deal, continued weak employment growth, declining exports and a lackluster manufacturing sector and suddenly recessionary fears are palpable. After all, a recession will inevitably come and it has been almost six years since the start of the last one. Aren’t we kind of due? Turns out, the answer is no, no and no! If history is any guide – and it’s a very good one in this case – there is no recession in sight. Since 1970 there have been seven recessions, and interestingly enough, each one has been preceded by an inversion in the yield curve, a situation where short term interest rates are higher than long term interest rates. Rarely is there an indicator that is seven for seven over a period of 44 very dissimilar years. The last time the yield curve inverted and a recession did not follow was in 1966-67, and though there wasn’t a recession, the economy slowed substantially with GDP growth of less than 1% for 21 straight months.

Normally, interest rates are higher the longer the period of time money is lent. For example, today a one-year Treasury bill yields 0.15%/year, a 10-year Treasury note pays 2%/year and a 30-year Treasury bond pays 3.125%/year. After all, the longer you lend someone money, in this case the government, the more interest rate risk, inflation risk and credit risk you incur, and investors must be compensated for these risks.

However, from time to time this normal relationship breaks down. One explanation for this phenomenon is that by raising short-term rates (to slowdown an overheating economy with rising inflation), the Federal Reserve discourages bank lending, as banks generally borrow short and lend long. And when the yield curve is inverted, banks have much reduced profit margins, and this reduction in lending causes a recession. A second explanation for an inverted yield curve is that investors expect future short-term interest rates to decline because they expect a recession. As a result, investors expect the central bank to lower interest rates to counteract the expected recession. And when this happens, investors plow into low-yielding long-bonds to lock in yields they expect will be still lower in the future. Regardless of the reason, from time-to-time the yield curve inverts. Today, the difference between ten-year Treasury notes and one-year Treasury bills is 1.85%. Assuming the Federal Reserve felt compelled to start raising short-term interest rates soon (and let’s be clear, it does not), it would take, based on history, about two years before yields on one-year Treasury bills were higher than yields on 10-year Treasury notes. And again using history as our guide, it generally takes another 12 months after the yield curve inverts before a recession begins. This suggests that we have at minimum three years before the next recession. Of course, given the expansionary state of monetary policy and the laser-like focus of the Fed in preventing a recession, my bet is we have quite some time before the recession of 2018!

Elliot Eisenberg, Ph.D. is President of GraphsandLaughs, LLC . His daily 70 word economics and policy blog can be seen at www.econ70.com